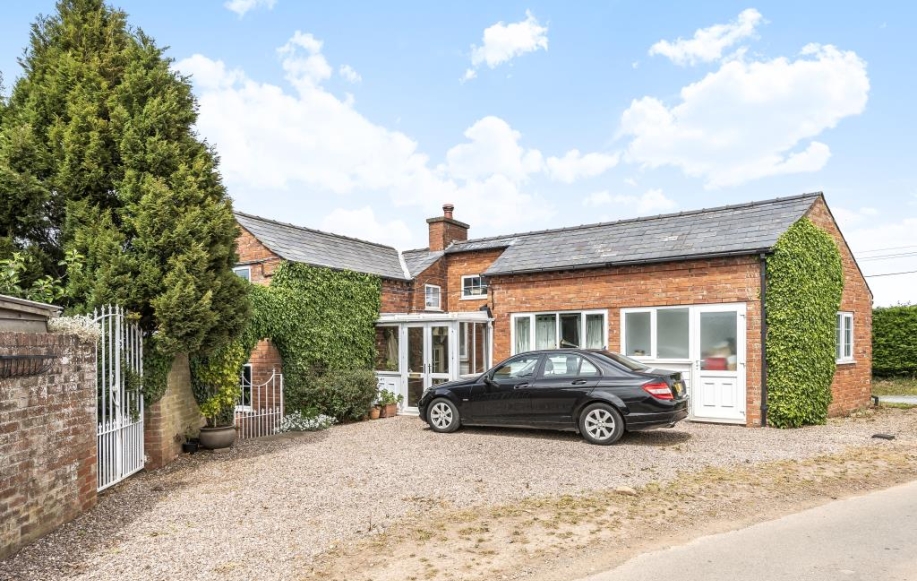 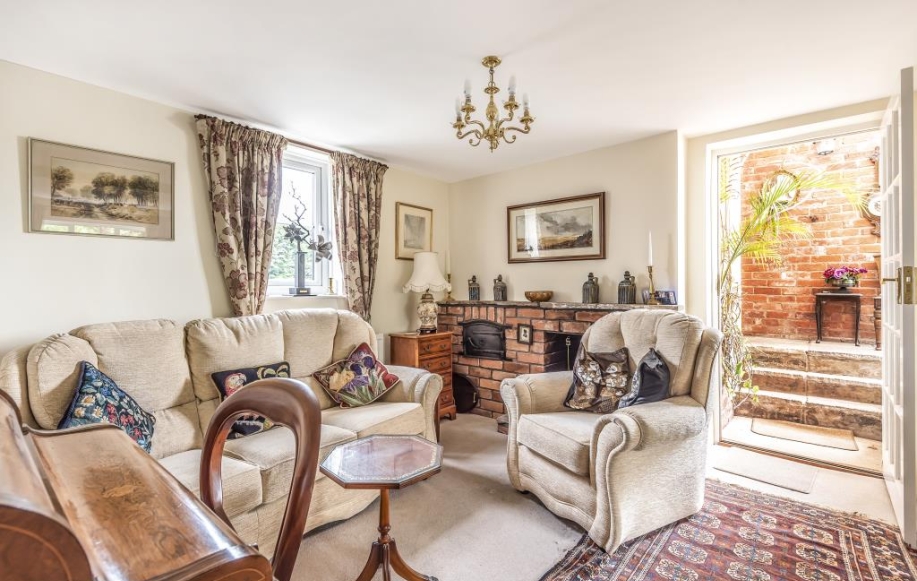 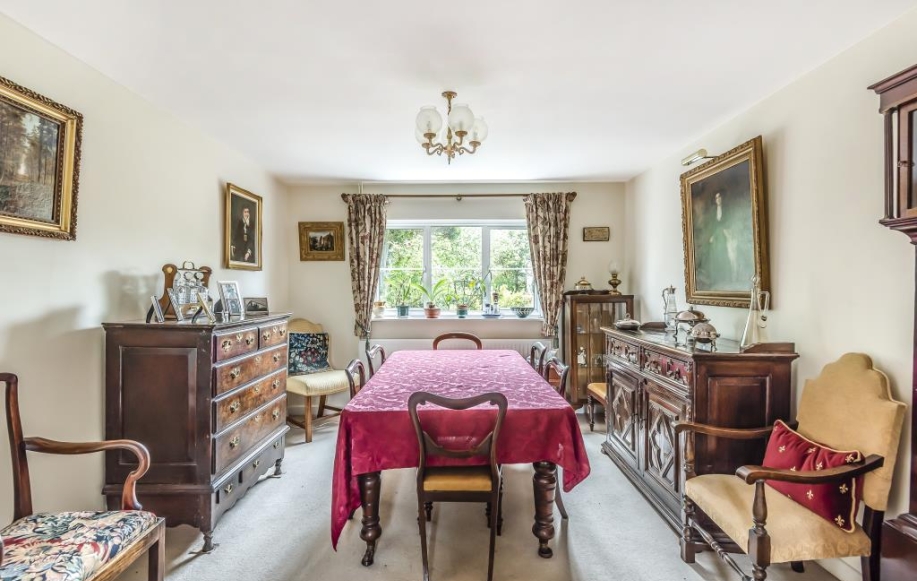 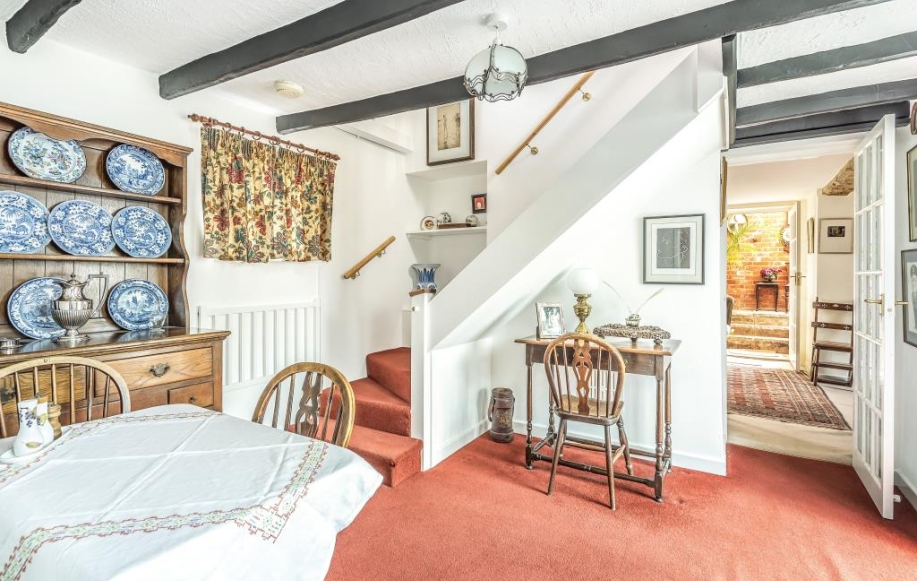 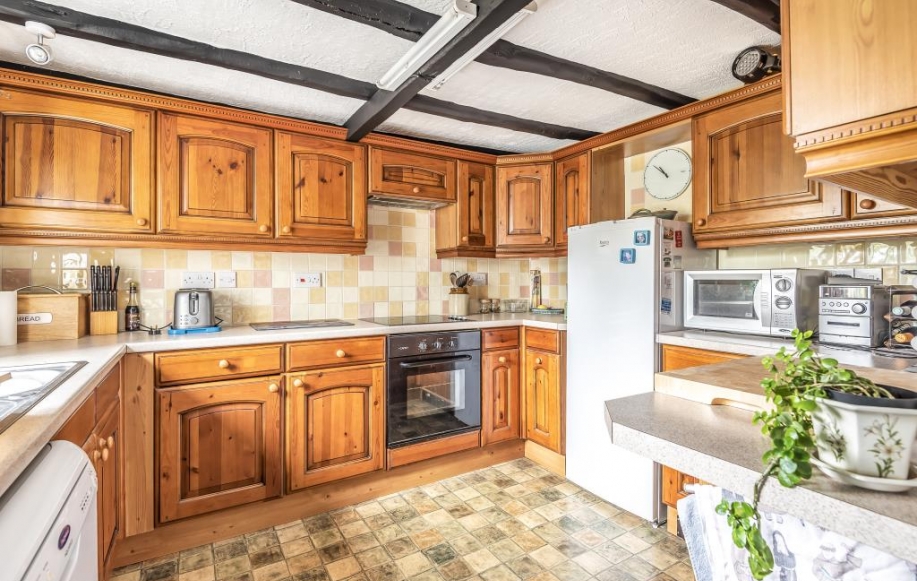 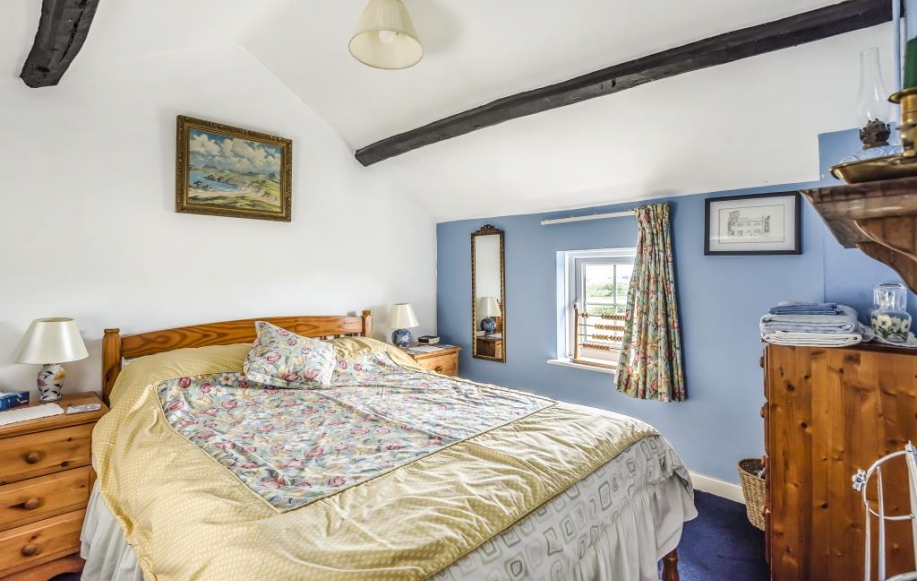 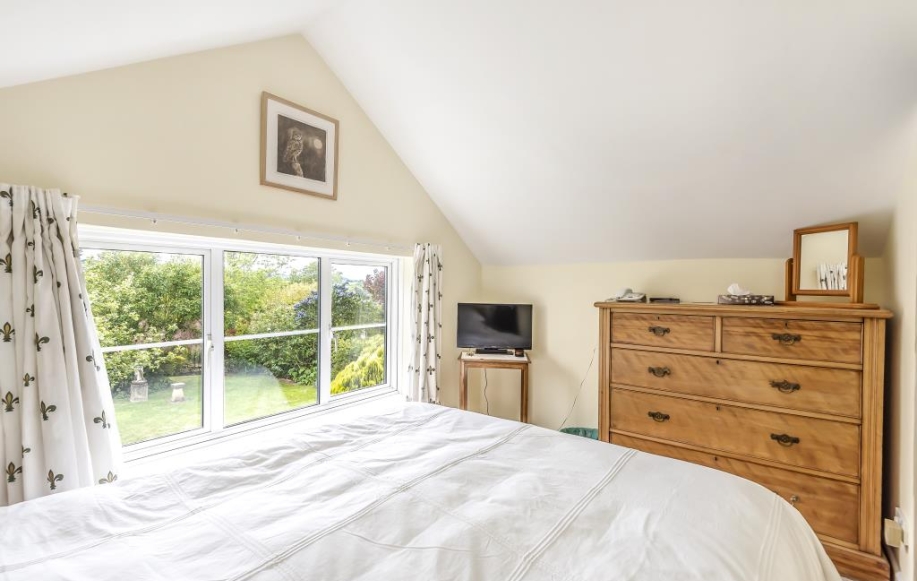 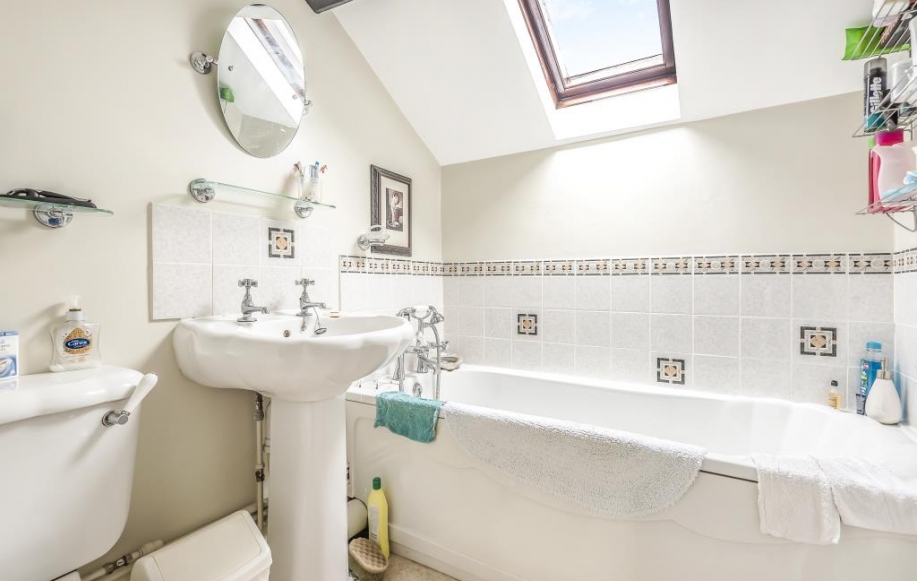 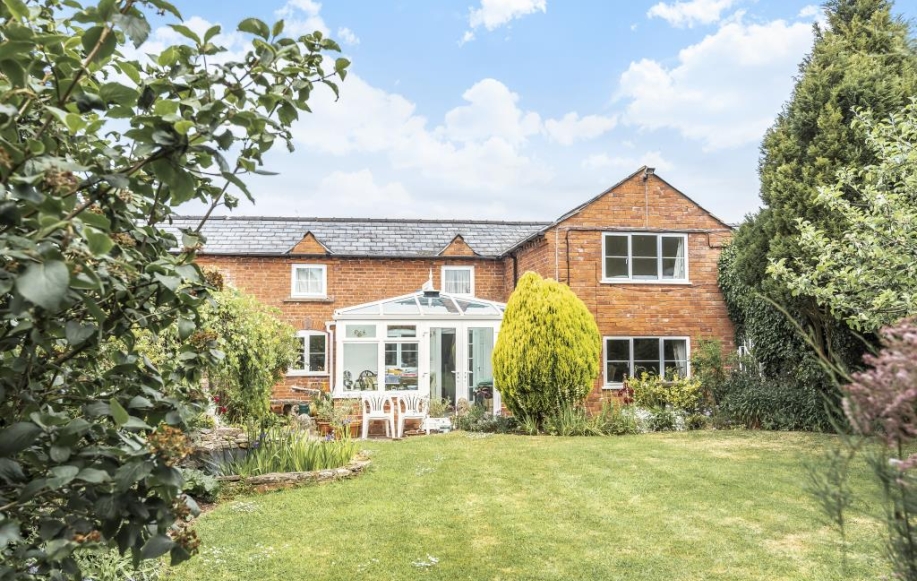 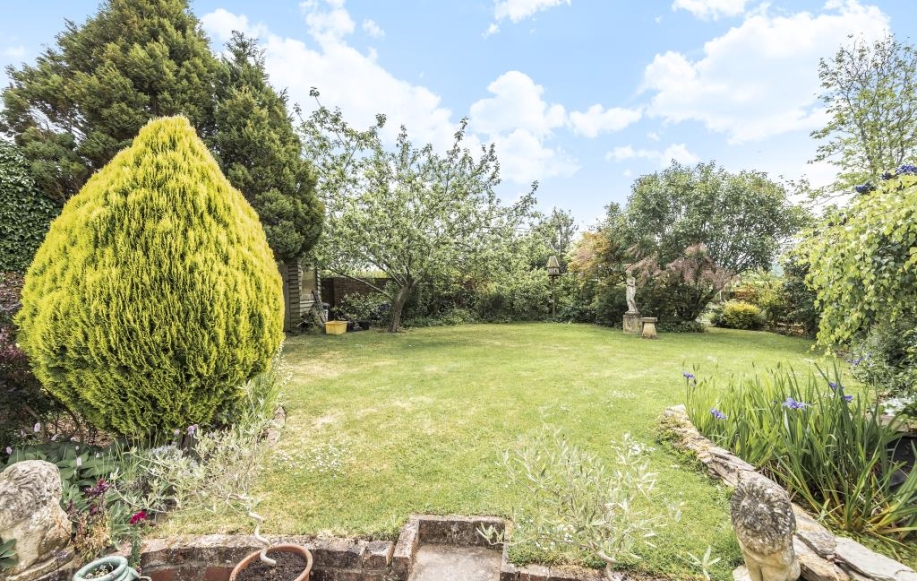 A well presented three bedroom rural cottage with period features and adjoining annexe which is located in Much DewchurchVendor Says: A three bedroom semi-detached house of early to mid-19th century origins, Kivernoll Cottage is in a rural setting but less than 12 miles from the…

Vendor Says: A three bedroom semi-detached house of early to mid-19th century origins, Kivernoll Cottage is in a rural setting but less than 12 miles from the M50 and the national motorway system. It comprises one half of what had originally been a row of 6 cottages. It is 7 miles from the county town of Hereford and 10 miles from Ross-on-Wye. The house is decorated to a high standard throughout.

From an off-road parking area, which can accommodate up to four vehicles, the house is entered via a porch/entrance hall with a stone floor. Stone steps lead to the main part of the house and into a sitting room, featuring an open fireplace, with a brick surround and bread oven. There is a window with a radiator under.

The beamed arch leads into the dining. There is a south-facing window overlooking the walled garden, and a radiator. A breakfast room is entered through a glazed door from the sitting room. It has a beamed ceiling, radiator and two windows. A staircase, with an attractive display alcove, rises from one corner.

The breakfast room is connected to a fully fitted kitchen, with electric ceramic hob and oven. It also has a beamed ceiling, and the window looks onto the garden.

The conservatory/living room is entered through a glass-panelled door from the breakfast room. There is a storage cupboard, which also contains the electricity meter. French windows lead to a Patio, giving access to the mature garden. The stairs in the breakfast room lead to a Landing.

The master bedroom is entered through a dressing area with two built-in wardrobes and chest of drawers. The bedroom has a window giving southerly views over the garden and valley. There are two radiators.

Bedroom 2 has two built-in wardrobes, a dressing table alcove with a window, an airing cupboard, radiator and a second window, facing north.

Bedroom 3 has attractive beams, windows both sides and a radiator.

The bathroom contains a bath with shower attachment, a washbasin and toilet, all in white. There is a heated towel rail and Velux ceiling window.

Off the entrance hall there is a Utility Room with fitted cupboards, worktops, sink and plumbing for a washing machine. There is a Worcester oil-fired Boiler.

A cloakroom containing a shower, toilet and hand basin is approached from the utility room.

The Annex, which has an external door opening onto the parking area, can also be entered from the utility room. It comprises: Study/Bedroom 4 is currently used as a study/office and has a window at each end and a radiator. A door leads to the lobby area and external access. It also has doors to the utility room and a second room.

Further along a door opens onto a staircase leading to a floored and insulated loft, with a window overlooking the parking area. At present it contains shelving for storage, but it has great conversion potential.

All windows in the house are double glazed PVC in a style appropriate to its age. There are ample power points throughout. Mains electricity and water; drainage is to a cesspit. There is an oil-fired hot water and central heating system.

Video Viewings:If proceeding without a physical viewing please note that you must make all necessary additional investigations to satisfy yourself that all requirements you have of the property will be met. Video content and other marketing materials shown are believed to fairly represent the property at the time they were created. 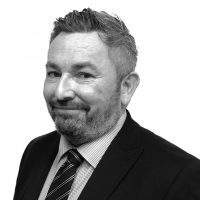 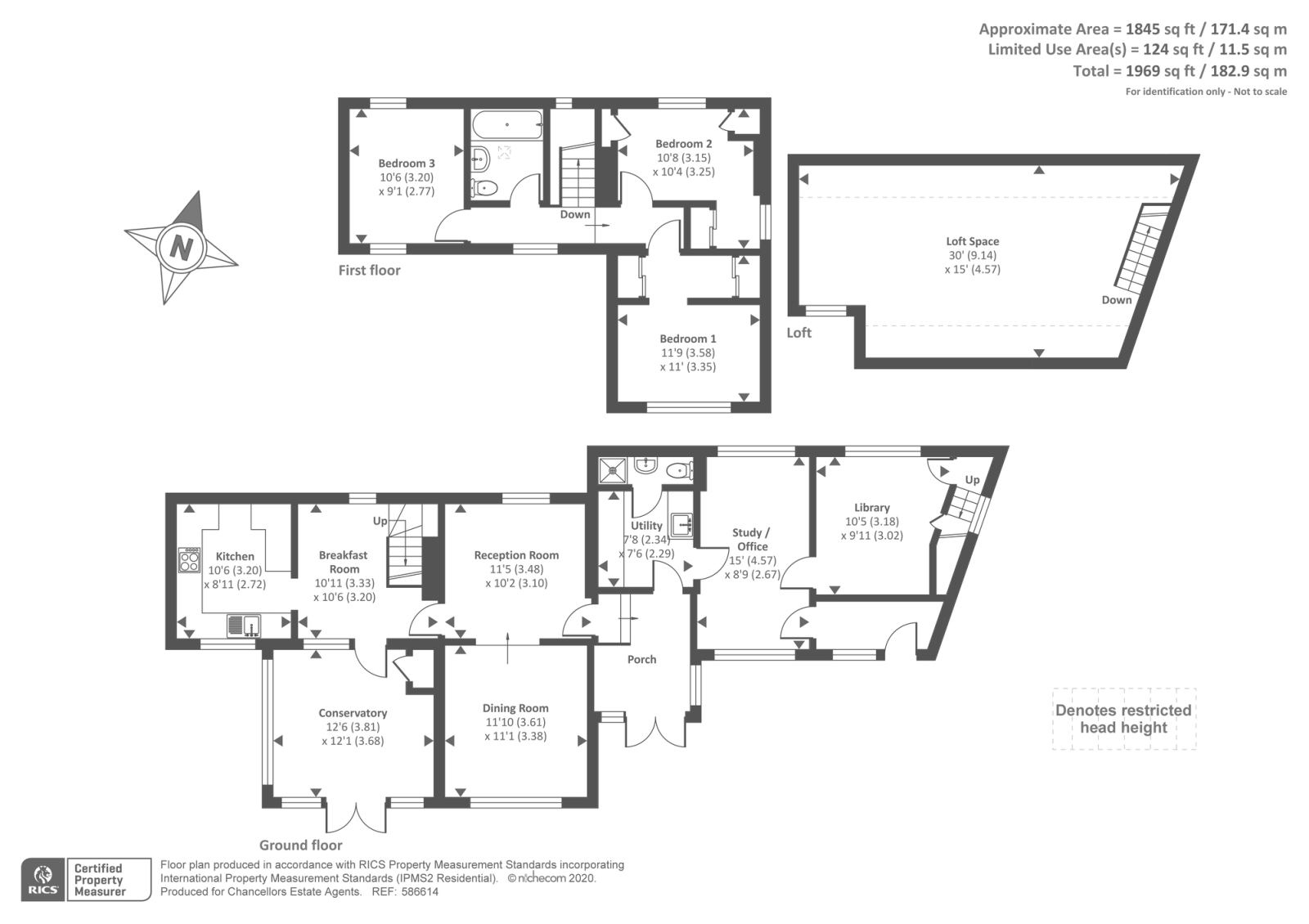 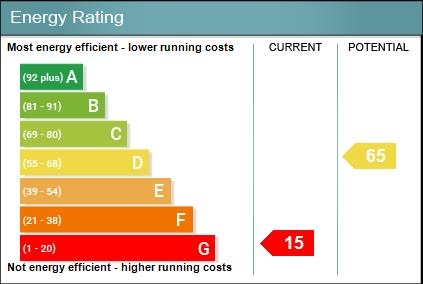