Boasting vibrant countryside and first-rate travel links, Buckinghamshire is drawing plenty of people away from London to set down their roots.

A county with natural charm and quaint British culture, Buckinghamshire, or ‘Bucks’ as it is affectionately known in the south, boasts ancient woodlands and owes much of its allure to the Chiltern Hills – an Area of Outstanding Natural Beauty.

Bucks is also favoured by many for its relative location to prized commuter towns like Amersham and High Wycombe. The county’s affiliation with the commuter belt means it has fantastic commuter links and it is first choice for many looking to move away from the Capital.

Buckinghamshire has fantastic transport links including the Metropolitan Line, M40, and railway lines heading to Paddington, Euston and Marylebone.

Buckinghamshire’s property market has a traditional feel; cottages are abundant and homes are made from local brick and flint. Throughout many villages and towns you will see properties that are made using locally sourced materials from the surrounding areas.

Currently, the average property value is around £440,000 in Buckinghamshire and while 17th century cottages and Georgian built homes pack the county full of character, there are plenty of modern family homes throughout Buckinghamshire to suit every need.

High Wycombe and Aylesbury are two desirable commuter hotspots, with both surrounded by rolling British countryside. These towns are comfortably within commuting distance of London – High Wycombe is just 29 miles from Charing Cross and a journey from Aylesbury to London is less than an hour by train.

Additionally, for those wishing to move away from the city but still looking to retain that metropolitan feel, Milton Keynes is a popular destination just 51 minutes from London by rail.

If you are looking for a quiet life, there are lots of villages between the commuter hotspots to choose from; Haddenham, Lillington and Winslow, among others are filled with rural charm and traditional Buckinghamshire brick and mortar. 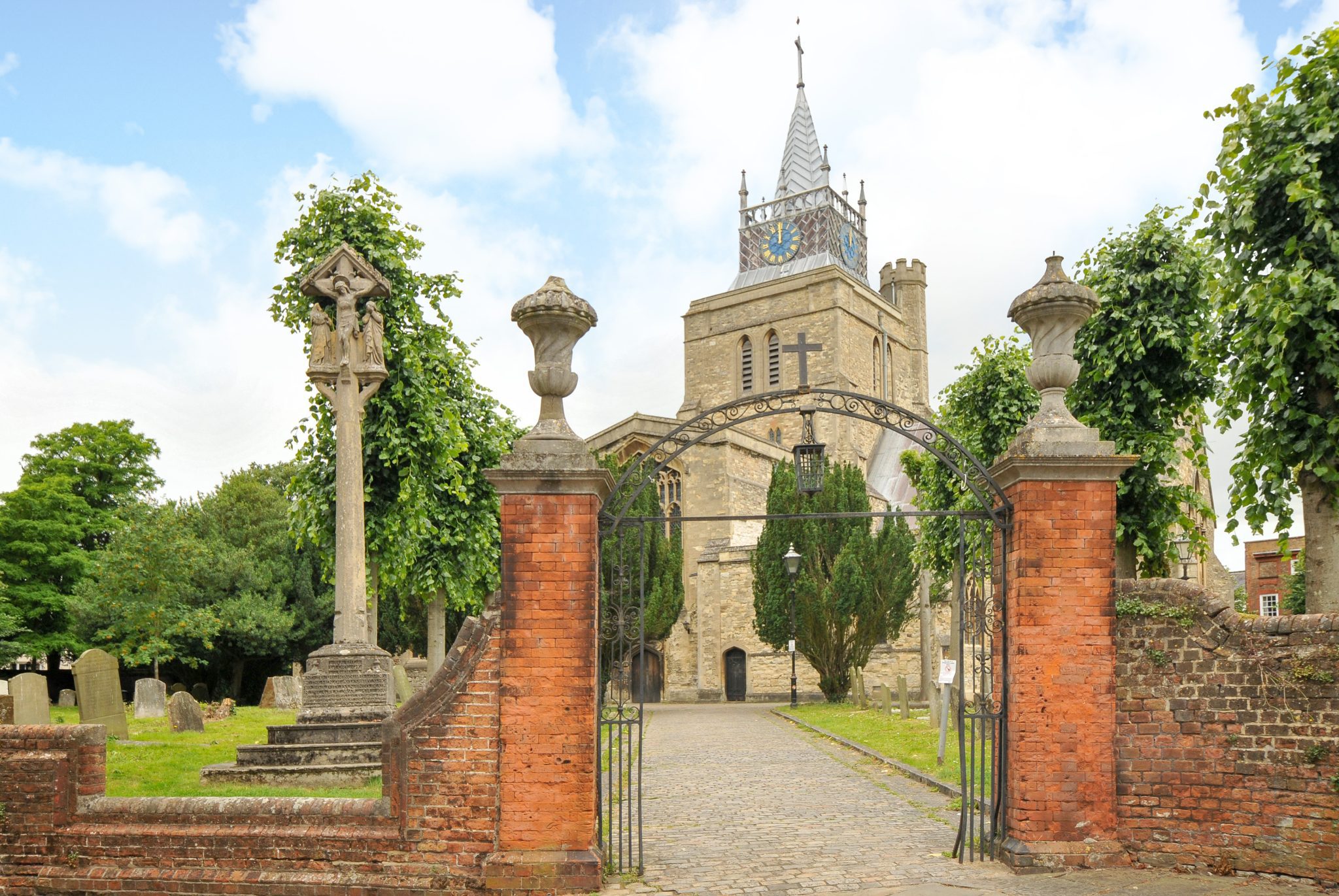 Things to Do in Buckinghamshire

Being on the edge of the Chiltern Hills, Buckinghamshire has open vales, delightful valleys, and beautiful countryside accessible from your doorstep. If you want to explore local history, the National Trust has plenty of sites throughout the Buckinghamshire countryside and more than most counties nationwide.

There are plenty of locations to spark your imagination too, a day at Silverstone Racetrack is perfect for thrill seekers, while the Swan Theatre in High Wycombe provides a wide variety of theatrical offerings.

For children or families, the Roald Dahl museum in Great Missenden is a wonderful day out. If you want to experience even more, the Chiltern Open Air Museum or Bletchley Park – home to the code breakers of World War II – show off iconic pieces of British history.

Looking for an Estate Agent in Buckinghamshire? hiu