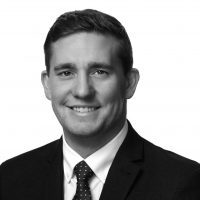 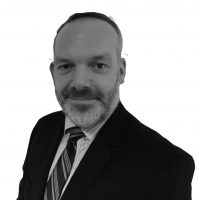 In the wake of World War II, Bracknell underwent a transformation and became one of London’s surrounding new towns. Before this time, Bracknell was little more than a sleepy village in the heart of Berkshire woodland.

Although it’s hard to imagine now, signs of its former past are always present. Large neighbourhoods and housing developments are never too far from rural greenery. The new town was designed to reflect its country village past, with expansive open spaces and public parks. It provides the convenience of urban living with the outdoor lifestyle found in more remote areas of the south-east.

Surrounded by Bracknell Forest, the town offers plenty of opportunities for a scenic stroll and other outdoor leisure activities. In the burgeoning town centre, ongoing regeneration projects deliver impressive attractions such as The Lexicon shopping centre, which is due to open in Spring 2017. This contemporary shopping destination will showcase all the major brands alongside an outstanding choice of eateries. For now though, visitors can make use of two existing shopping complexes: Princess Square and Charles Square.

Other major attractions include Bracknell Ski Slope & Ice Rink, Coral Reef Waterworld (due to reopen in 2017 following refurbishment) and the weekly farmers’ market, which showcases local produce. With something to suit all generations, Bracknell is ideal for those looking to relocate and find their perfect home.

Bracknell is situated close to the M3 and M4 motorways. As such, it provides easy access for those commuting by car to London or travelling to other major cities across the UK. Heathrow Airport is also conveniently located, just over  30 minutes by car via the M4 corridor.

As a commuter hub, Bracknell is served by two train stations – Bracknell and Martins Heron – both of which run services every 30 minutes to London Waterloo, with an approximate journey time of an hour. Alternatively, travelling eastwards towards Reading takes as  little as 20 minutes.

Primary and secondary schools in Bracknell

Bracknell boasts an impressive selection of educational establishments, not to mention the nearby schools of Reading.

For children aged five to 11, St Joseph’s Catholic Primary School is one of three located in and around Bracknell town centre. It has been judged outstanding by Ofsted. At the secondary level, options include Easthampstead Park School, Brakenhale Academy and the renowned Ranelagh School, which has been named one of the south-east’s top state and independent schools by the Sunday Times.

In terms of further education, Bracknell and Wokingham College offers a range of full and part-time courses. Alternatively, the Royal Holloway College is easily reached via train or car, as is the highly esteemed University of Reading.

Although most commonly known as a post-World War II New Town, Bracknell’s history actually dates back thousands of years. While visitors can still explore the sight of a Bronze Age burial mound at Bill Hill, it wasn’t until the 14th century that Bracknell gained prominence as a Royal hangout. During this time, a hunting lodge was built at Easthampstead Park for King Edward III. This also happened to house the banished Catherine of Aragon following her divorce from Henry VIII.

During the Victorian era, Bracknell transitioned into a fully-fledged county town complete with local shopkeepers and a weekly cattle market. Victorian brickyards were also established with the famed Thomas Lawrence & Sons producing bricks for Westminster Cathedral and the Albert Hall.

Bracknell town underwent its most notable development after the housing crisis of the Second World War. Staying true to its county town origins, new neighbourhoods were designed with local community areas and green, open spaces. Although a business park and modern industries now flourish, Bracknell still retains the rural charm of its past.

Things to do in Bracknell

There are heaps of attractions in Bracknell, from  some of Berkshire’s most expansive parksto family-friendly entertainment. Some of the highlights include:

How to get to Bracknell

The Look Out Discovery Centre

Chancellors estate and lettings agent in Bracknell opened in 2012 and is located at One Station Square, just a stone’s throw from the train station, the Peel Centre retail estate and the town centre. Buyers, sellers, landlords and tenants looking to find out more about property values in Bracknell should look no further than our knowledgeable team of agents.

Our Bracknell team are available six days a week – including late evenings from Monday to Friday – to answer any of your property-related questions.

The wide range of sales and letting services available at our Bracknell branch include free, no-obligation market appraisals, an extensive portfolio of residential and commercial properties, land and new homes, property management support, and expert investment and market advice.

View more properties and flats for sale in Bracknell. Or if you’re looking to rent, view all of the properties to let in Bracknell.
If you’re interested in Landlord services, don’t hestitate to get in touch on 01344 408140

We cover areas in and around Bracknell including Priestwood, Binfield, The Parks, Forest Park, Martins Heron, Easthampstead, Harmans Water and Birch Hill.

Brandon was keen and helpful. He was very chatty and wanted to know exactly what we were looking...

Georgia was very helpful, polite and friendly. She gave me advice and discussed in detail what I’m...

Helpful and rings instantly after requesting details of properties.

Very professional and really helpful in…

Very professional and really helpful in a friendly manner.

Thank you Georgia Collingwood for the professionalism

Thank you Georgia Collingwood for your support through finding a new accommodation for me and my...

Friendly and informative agent. He answered all of our questions.

Brandon was the estate agent showing us around a house we had requested to view. He was a very...

The person that took my call was friendly, helpful and efficient in helping me find locations that...