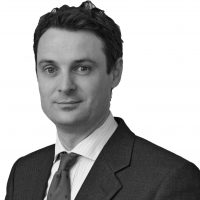 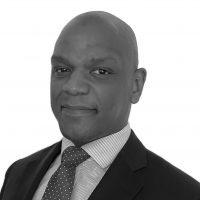 Famed for its bohemian reputation, many come to Notting Hill in search of something different, with its pastel-coloured houses sat alongside chic eateries and antique shops.

Despite this, many visitors are surprised by the area’s sophistication. Few places in London give such a sense of fashionable diversity. It’s a vibrant area that boasts a winning combination of style, food and the arts.

A Sunday morning stroll through Portobello Road market promises a feast for the senses, complete with antique stalls, quirky bric-a-bric and pavement cafes. For a more conventional shopping experience, many head for the trendy boutiques and high street retailers of Notting Hill Gate.

Considered one of the greenest areas in the capital, part of Notting Hill’s appeal lies in the abundance of open spaces. Holland Park and Kensington Gardens are among the highlights, not to mention the many communal gardens. Accessible only to residents, these private sanctuaries offer a slice of rural bliss among city living.

From its cultural attractions to the first-rate schools and convenient transport links, it’s easy to understand why many Notting Hill residents wouldn’t dream of leaving.

Notting Hill boasts impressive transport links to the rest of the city, as well as other major hubs in the UK. A main London Underground station offers three lines – Central, Circle and District. The nearby stations of Ladbroke Grove and Westbourne Park also cover the Hammersmith and City Line.

Travelling by car is also effortless thanks to the nearby A4, which links to the M4. From here, central London is accessible to the east, or travel west to Heathrow takes as little as 35 minutes.

The exceptional schools of Notting Hill are among the best in London. For example, take Wetherby, which caters for boys aged four to eight. Former pupils of this prep school include Princes William and Harry. Pembridge Hall is the girls’ equivalent, offering great facilities for those aged four to 11.

State schools are just as impressive, with many judged ‘outstanding’ by Ofsted. These include Fox Primary School, as well as the secondary Cardinal Vaughn Memorial School and Holland Park School.

Higher education institutes include London College UCK – based out of Notting Hill Gate – and David Game College. Both provide an extensive selection of undergraduate and postgraduate courses.

London’s fashionable Notting Hill wasn’t always the desirable location it is today. Only 50 years ago, it was described by many as a slum, complete with multi-occupied housing, poor infrastructure and worryingly high crime rates. Undergoing one of the most extensive transformations found across the city, it’s hard to imagine this humble recent past.

Notting Hill’s history can actually be traced back to the 19th century, when it gained prominence for its local potteries and pig farms. As such, the area become affectionately known as the Potteries and Piggeries. Although it remained rural for much of this time, architect Thomas Allason oversaw the development of the Ladbroke and Norland estates. These large houses, once home to the affluent, soon fell into disrepair following World War II.

Despite the declining living conditions and race riots of 1958, Notting Hill emerged from its tumultuous past as one of the city’s most sought-after destinations. This vibrant heritage is still celebrated each year with the Notting Hill Carnival.

Things to do in Notting Hill

Visitors love to explore the winding streets of this cosmopolitan district. For those fortunate enough to reside here, all the major attractions are only a stone’s throw away. Some of the highlights include:

How to get to Notting Hill

The Guide to Notting Hill

In December 2017, London’s local estate agent, Anscombe & Ringland Notting Hill, excitedly announced that it would soon be known as Chancellors Notting Hill. The aim of the change was to unite all the brands of the Chancellors Group of Estate Agents under one brand. This enabled us to focus our resources and efforts on a single entity and maximise the support and exposure of all our services for the benefit of customers and clients.

If you previously enjoyed the service provided by Anscombe & Ringland Notting Hill, you can be assured that it’s only the name we have changed, and you will receive the same great service from Chancellors Notting Hill.

Chancellors has been operating in the Notting Hill area since the 1970s. After nearly five decades of service, we have an intimate understanding of the Notting Hill area and property market. We enjoy a glowing reputation and are committed to delivering outstanding results for our clients.

Our Notting Hill branch can be found on the corner of Notting Hill Gate and Palace Gardens Terrace, perfectly placed in the heart of one of London’s most sought-after locations.

If you are looking to sell your West London property, or to find that perfect property to buy or rent, Chancellors would be delighted to offer you invaluable guidance and support.

Which Areas of Notting Hill do you Cover?

Chancellors operate throughout the Notting Hill area and further afield. Wherever your search might take you, we are confident in saying that our estate agents can source a property to meet your needs.

The areas we cover include:

Notting Hill is heavily served by the London Underground, with a number of underground services in the area:

What is it Like to Live in Notting Hill?

Notting Hill is a fashionable district of West London sitting in the Royal Borough of Kensington and Chelsea, offering a fabulous lifestyle to its inhabitants. Notting Hill blends affluence and vibrancy in equal measure. High-end restaurants and upscale boutiques, quirky backstreets and the Portobello Road Market give Notting Hill a truly distinctive feel.

This popular London neighbourhood attracts a truly wide range of residents. Celebrities, City workers, students, politicians, sportsmen, young families and international businesspeople are just some of those who choose to make Notting Hill their home.

Notting Hill and the surrounding areas are blessed with a number of exceptional schools at nursery, primary and secondary level, many of which are rated as ‘outstanding’ by Ofsted.

There are also many flats in the area, as well as new developments including Portobello Square, Linden Gardens, Leinster Square and Westbourne Park Villas.

Notting Hill is home to a number of popular shopping destinations and is particularly blessed with antiques and vintage shops. Portobello Road is where you will find Notting Hill’s famous and hugely popular antiques and food markets.

The annual Notting Hill carnival is perhaps what the area is most well-known for, attracting revellers from across the globe to partake in the colourful celebrations of Notting Hill’s culture and community feel.

Why Should I Hire Chancellors Estate Agents in Notting Hill?

We are passionate about matching you with the ideal property to meet your needs. If you are a seller, our unique experience in the Notting Hill area could be just what you need to get the sale over the line. We also provide a property management service for landlords who are looking to let out their property.

Our experience in the West London housing market has provided us with links and contacts which would be out of reach to most buyers and sellers in the area.

We are available six days a week – including late evenings Monday to Friday – to answer any questions you might have about the property market in the Notting Hill area. We look forward to taking your enquiry.

Occupying the top floor of a quintessential Georgian building. Is this bright two bedroom apartment for sale

An extraordinary Kensington penthouse, rare to the market. Further details available by direct enquiry. The entrance hall has been recently refurbished by the Landlords in-house interior design team giving it a contemporary and welcoming feel

Alex has been excellent in helping me to find the perfect flat. He regularly keeps me up to date...

If you are looking for a new rental place in Notting Hill, reach out to the Chancellors team

I would like to recommend Chancellors-Notting Hill branch if you are looking for an apartment to...

Alex is a delight to be on a viewing…

Alex is a delight to be on a viewing with. Very friendly and helpful. He has listened to what I am...

Alex and the team did a great job…

Alex and the team did a great job helping me find my flat!

Alex was very responsive and took me to…

Alex was very responsive and took me to see the property right away. We got through the application...

Luke is super helpful and committee to helping me as a client find suitable properties. Nothing is...

Excellent service. Ruadhri was extremely helpful, sharing prospect properties that would suit my...

Ruadhri Bates from the Chancellors (Notting Hill) team was really helpful during our rental property...

I received excellent service and…

I received excellent service and attention from Hugh at Chancellors. I had very specific search...