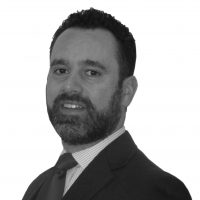 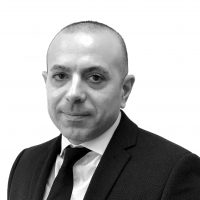 Barnet is a place of contrasts, where modern developments and historic buildings give way to wide expanses of countryside. It’s London’s second largest borough and enjoys a scenic location along the Metropolitan Green Belt. While residents can make use of the city’s vibrant attractions, the area still retains a rural appeal thanks to the surrounding countryside and nature reserves.

These wide open spaces are made even more impressive given the short commute to central London – only 35 minutes via the Overground. As such, Barnet has become a desirable location for families and young professionals looking to leave behind the chaos of the city centre in favour of a more relaxed setting.

With that being said, the area is still home to all the contemporary luxuries associated with city living. At The Spires Shopping Centre, major high street retailers sit alongside local businesses and boutiques. Alternatively, Barnet Market takes place every Wednesday and Saturday, with stalls selling everything from locally sourced produce to clothing and antiques.

Other attractions include the nearby golf courses and sports centres, as well as the cultural hub known as the Arts Depot. This award-winning centre hosts an exciting line-up of theatre productions and music events.

As added incentive for newcomers, the local schools are considered some of the best in the country. With so much to offer for both young and old, it’s no surprise that Barnet is fast becoming one of the capital’s most attractive boroughs.

Barnet links to the rest of the capital thanks to several Underground stations as well as an Overground station. The latter is New Barnet, which offers services to Liverpool Street in just 35 minutes. King’s Cross is also accessible in 30 minutes via frequent trains from Hadley Wood station.

Finally, Barnet’s close proximity to the A1 provides ease of access for those travelling by car to the M1 and M25 motorways. Both Heathrow and London Luton airports can be reached in under 50 minutes.

Primary and secondary schools in Barnet

Parents have an extensive choice of schools situated in and around Barnet. Many of these have been judged ‘outstanding’ or ‘good’ by Ofsted. The borough is home to over 80 primary schools, as well as 22 secondary schools. Some of the most notable include Haberdashers’ Aske’s Boys’ School, Aldenham School and Queen Elizabeth’s Boys School, which opened in 1573. Due to its 100% record of pupils achieving at least five GCSEs, the school is regarded as one of the best performing in the country.

For higher educational courses, students have the option of attending Barnet Southgate College. Three main campuses host a huge variety of courses, from university accreditations to traineeships and professional-based studies.

Barnet’s rich and fascinating heritage is present on every street corner. Visitors are often surprised by the abundance of historic sights, from its impressive grade II-listed Tower Mill to the famed Barnet Physic Well – a medicinal spa once frequented by Samuel Pepys. Most of these treasures date back to Barnet’s days as a rural town, when the area was best-known for its weekly market.

Despite its sleepy village past, Barnet did play a pivotal role in The War of The Roses. It was here that Edward IV defeated the Earl of Warwick in the Battle of Barnet. Although civil unrest was to follow in the Tudor period, the town still prospered as a trading hub. Queen Elizabeth I issued another market charter and Barnet became home to London’s largest meat market.

After the development of Barnet station in 1850, the population soared and neighbouring New Barnet was born. As infrastructure improved in the early 20th century, the town left behind its rural image and became a vibrant borough of London.

Things to do in Barnet

Barnet is a cultural melting pot, home to an exciting mix of attractions, from museums to family-friendly activities and sports complexes. Some of the highlights include:

How to get to Barnet

In December 2017, London’s local estate agent, Anscombe & Ringland Barnett, excitedly announced that it would soon be known as Chancellors Barnett. The aim of the change was to unite all the brands of the Chancellors Group of Estate Agents under one brand. This enabled us to focus our resources and efforts on a single entity and maximise the support and exposure of all our services for the benefit of customers and clients.

If you previously enjoyed the service provided by Anscombe & Ringland Barnett, you can be assured that it’s only the name we have changed, and you will receive the same great service from Chancellors Barnett.

Chancellors’s Barnet office opened in 2010 and has quickly become a leader in the local property market, thanks to the knowledge and professionalism of our agents. Located on Barnet High Street, close to The Spires Shopping Centre, it is ideally positioned for buyers, sellers, landlords and tenants looking to learn more about property values in Barnet.

Come and visit our team of proactive agents, who can answer all of your questions about the local property market. Our Barnet branch is open seven days a week, including late nights from Monday to Friday.

The wide range of sales and letting services available at our Barnet branch include free, no-obligation market appraisals, an extensive portfolio of residential and commercial properties, land and new homes, property management support, and expert investment and market advice.

View more properties and flats for sale in Barnet. Or if you’re looking to rent, view all of the properties to let in Barnet.
If you’re interested in Landlord services, don’t hestitate to get in touch on 01344 408170

I saw a property with Sirus Kayedi

I saw a property with Sirus Kayedi. My wife especially asked me to follow up with him because of the...

Excellent service from Sirus and the…

Excellent service from Sirus and the team at Chancellors Barnet, getting my flat rented to good...

I have been using the services of Chancellors for letting

I have been using the services of chancellors for letting out my properties for many years now. They...

Stephanie has been an absolute dream to…

Stephanie has been an absolute dream to work with. Helping me through the process of buying my first...

Sirus and the team

It’s been a pleasure dealing with Sirus and the team. The determination, tenacity and will to get...

A big thanks to Mr Kayedi

A big thanks to Mr Kayedi, he was very kind and helpful to find the property.

I'm very pleased with his prompt…

I'm very pleased with his prompt response to my problem finding a house to rent. He was very...

Took the strain away from all the logistical issues that needed to be dealt with. A bit frantic at...

I had a wonderful experience with our agent Rebecca

I had a wonderful experience with Rebecca , she really looked after us and I felt heard and listened...