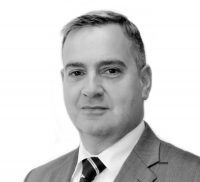 Whether it’s the high-performing schools, multicultural attractions or scenic open spaces, Finchley continues to attract both young and old. Aside from these perks, residents can enjoy a quick commute to Central London, which is only seven miles away.

Despite its location, Finchley may be North London’s greenest suburb. As an area once covered by untamed woodland, it’s managed to preserve that former character thanks to its proximity to the Metropolitan Green Belt. Several parks are dotted throughout the area, offering a tranquil haven amidst the chaos of city life. Other outdoor gems include the nearby golf courses of Finchley and Highgate.

Careful development in recent years has brought all the modern luxuries to the area. On High Road and Ballards Lane, major retailers sit alongside boutiques and fashionable eateries. Alternatively, for everything under one roof, the nearby Brent Cross Shopping Centre is 10 minutes away.

Finchley’s leisure and arts scene is just as impressive. At the Arts Depot, two theatres and a gallery play host to an exciting calendar of events. The Great North Leisure Park is another big draw for families, boasting a multiplex cinema, swimming pool and bowling alley. Finally, the many gyms and sports clubs cater for the active individual.

Finchley offers convenience for those commuting into central London. The area is served by four Underground stations: East Finchley, Finchley Central, West Finchley and Woodside Park. All of these sit on the High Barnet branch of the Northern Line. As such, it’s an easy commute to the financial district as well as the West End.

Although Finchley doesn’t have its own Overground station, residents can make use of nearby New Southgate or Alexandra Palace. From here, frequent services run to London King’s Cross and Moorgate. Three trains per hour also travel to Welwyn Garden City.

For those travelling by car, Finchley is within close proximity to the A406 North Circular Road. Linking to the M1 motorway in under six minutes, this provides access to central London, as well as major cities across the UK. London Luton is the closest airport, with a journey time of approximately 36 minutes.

Primary and secondary schools in Finchley

Finchley offers plenty of choice for students and those taking higher education courses. There are no less than 15 top-performing state primary schools, many of which have been judged ‘outstanding’ by government watchdog Ofsted. St Mary’s, Manorside and Moss Hall Infants are among the most sought-after.

At secondary level, the options are just as extensive for both state and private schools. In 2014, St Michael’s Catholic Grammar School was voted among the top 20 secondary schools in the UK. Other popular establishments include the Jewish school Hasmonean High and Wren Academy.. The nearby Pardes House Grammar School is a renowned Orthodox Jewish private school for boys.

Finally, the oversubscribed Woodhouse College provides a range of A and AS level courses. It’s considered one of the best colleges in England, based on the high grade pass rates for A levels.

Throughout much of its recorded history, Finchley was little more than sparsely populated woodland. During the medieval period, a small agricultural trade flourished, with residents supplying pigs and fuel to the capital. Despite the land being held by the Bishop of London, it remained an area of dense forest until the 15th century. Cultivation of farmland gave rise to a hay industry, and open spaces such as Finchley Common were established.

It wasn’t until the 19th century that Finchley gained its reputation as a desirable location for commuters. After the newly built train station connected Finchley to Edgware in 1867, the population began to soar as affluent Londoners chose to settle here.

Later, the Underground New Works Programme established stations throughout the area, encouraging further growth. Suburban housing developments catered to this demand, but many of Finchley’s open spaces were preserved thanks to its position in the Metropolitan Green Belt.

Things to do in Finchley

Finchley is well known for its exciting attractions, with something to suit all tastes. Here are some of the highlights, covering sport, shopping, culture and family-friendly attractions:

How to get to Finchley

In December 2017, London’s local estate agent, Anscombe & Ringland, excitedly announced that it would soon be known as Chancellors. The aim of the change was to unite all the brands of the Chancellors Group of Estate Agents under one brand. This enabled us to focus our resources and efforts on a single entity and maximise the support and exposure of all our services for the benefit of customers and clients.

If you previously enjoyed the service provided by Anscombe & Ringland, you can be assured that it’s only the name we have changed, and you will receive the same great service from Chancellors.

Chancellors’s office in Finchley is located on Regents Park Road, just a short walk from Finchley Central tube station. The branch is ideally positioned for buyers, sellers, landlords and tenants to find out more about property values in Finchley.

Opened in 1987, our Finchley branch has grown to become one of the area’s most prominent estate agents, with its success prompting us to double the size of the office in 2007.

Our in-store team is available six days a week to answer your queries about the Finchley property market.

The wide range of sales and letting services available at our Finchley branch include free, no-obligation market appraisals, an extensive portfolio of residential and commercial properties, land and new homes, property management support, and expert investment and market advice.

View more properties and flats for sale in Finchley. Or if you’re looking to rent, view all of the properties to let in Finchely.
If you’re interested in Landlord services, don’t hestitate to get in touch on 01344 408170

A beautifully refurbished one double bedroom apartment that has been tastefully modernised. The property is set over the first & second floor of a conversion in the heart of Finchley Central, Zone 4 (Northern Line)

Dear Harry I would like to inform you that, I am happy from your customer service and attitude. Wish...

Thank you Lloyd for your great…

Thank you Lloyd for your great communication and efficiency.

I worked with Lev from Chancellers for…

I worked with Lev from Chancellers for my investment portfolio and he is very honest and delicate, I...

Agent was very friendly and helpful and…

Agent was very friendly and helpful and was waiting for us outside the property to view. He was well...

The agents are very helpful and they…

The agents are very helpful and they replied my equiries promptly. I would like to thank Lev, Karen...

We have had an excellent experience using Chancellors with Lev as our Sales Negotiator. Lev had an...

A great experience from the start

A great experience from start to finish. Finally meeting an agent (gentleman) with integrity is like...

Excellent service at all times

Excellent service at all times. I was given regular updates and all at the office were extremely...