You might recognise this house as the iconic Harry Potter’s childhood home number 4 Privet Drive from the world-famous Harry Potter films, but it’s actually a real life three-bedroom house in Martins Heron, Bracknell. So much happened during Harry’s time under the Dursley’s roof, from when he slept in the legendary cupboard under the stairs to when Fred, George and Ron Weasley rescued him from the smallest bedroom in a flying Ford Anglia. 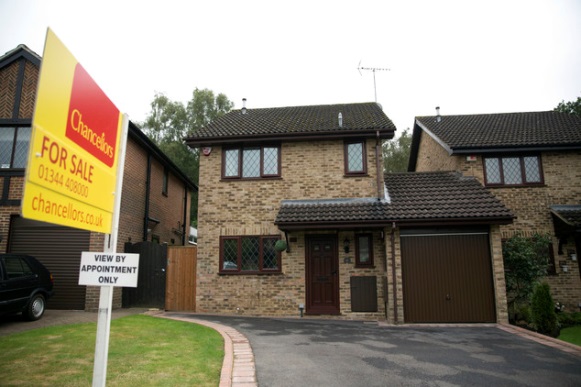 This exciting property was recently on the market via our Bracknell branch, and to celebrate that fact we’ve put together a magical floor plan, highlighting some of the young wizard’s most memorable moments at Number 4 Privet Drive.

When announcing that the unassuming childhood home of Harry Potter, Four Privet Drive was being put up for sale via our Bracknell Branch by Harry’s less than dutiful relatives, the Dursleys’, we saw a frenzy of PR activity.

Announcing that this home was up for sale was spellbinding, get it, me neither, anyway, the major television networks and journalists from New York, Berlin, Copenhagen and Dorset wanted the photos, quotes and the exclusive story. Is that Aunt Petunia’s real voice? What food does Uncle Vernon have in the fridge? Can we have a photo of the cupboard under the stairs? …and some were related to the property itself!

An unprecedented amount of phone calls were recorded and a huge volume of emails were sent as well as an increase in enquires by carrier owl.

In just 30 days, there was a 122% increase in referring domains to the Chancellors site and traffic increased by 46% month on month in September and referral traffic week on week was up 1,128%.

If you would like to sell your home with Chancellors, especially if you are Phillip Banks and wish to downsize now that Carlton and the Fresh Prince have left or if you are the Earl and Countess of Grantham, and are fed up with your heating bill, then please call us 0333 6000 060 to speak to a local property expert to arrange a free no obligation market appraisal.

Correct at time of publication. The views and opinions expressed herein are those of the individual contributor and do not necessarily reflect those of the Chancellors Group of Estate Agents Ltd or its subsidiaries. References to legislation, best practice and other matters with legal implications such as fees, rules and processes are included for information and editorial purposes only and are not authoritative, nor should they be interpreted as advice. When in doubt you should only take advice from an industry professional or solicitor where appropriate. E&OE.

3 Reasons why a bungalow might make a good investment

Despite what you might think about bungalows, their supply does not look…

8 Clever Tips for Selling Your Property in Spring

During spring there are a large number of buyers actively searching for property….