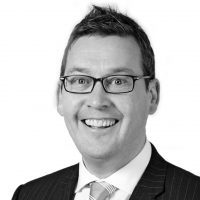 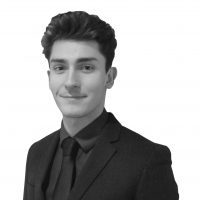 Its affluence and exclusivity is in large part because it’s maintained a quiet, suburban feel, away from the hustle and bustle of city life. Victorian villas and garden-accompanied mansions provide ample living space in a city that’s generally densely populated, and St John’s Wood Church Grounds offers the only nature reserve in the City of Westminster.

The proximity to luscious green areas like Regent’s Park and Primrose Hill adds to the feeling of tranquility in St John’s Wood, and is another reason why the area attracts professionals, families with children and celebrities alike. Sir Richard Branson and Sir John Major have both lived here, as have a number of musicians like Sir Paul McCartney, Keith Richards and Mark Ronson.

The musical heritage is strong in St John’s Wood, home to the world-famous Abbey Road Recording Studios and the equally iconic zebra crossing that graced the cover of The Beatles’ album Abbey Road. Cricket also has its home here, with a visit to Lord’s Cricket Ground offering an insight into the original global governing body of the sport and a glimpse of the famous Ashes Urn.

In spite of its popularity among the rich and famous, St John’s Wood is renowned for its friendly local atmosphere and cosmopolitan feel. Community organisations and business associations are strong in the area, promoting a wealth of independent shops, bars and eateries, as well as events like the Classic and Super Car Pageant and the Christmas Fayre.

Nearby areas like Camden Market and Little Venice provide ample opportunity for exploration and discovery, whilst Paddington Station provides easy rail access for day trips to the south-west and Heathrow Airport.

St John’s Wood has its own tube station in Zone 2 of the Jubilee Line, making it easy to reach central London. Oxford Circus and the West End are just 10 minutes away, with Westminster and London Bridge (for access to the City) just 20 minutes on the tube.

Nearby Paddington Station offers a great rail service to the south-west and Heathrow Airport, while Chiltern rail services run from Marylebone Station to Aylesbury, Birmingham and beyond. Euston Station is just a short tube journey away too, and both the M1 and M4 motorways are approximately 20 minutes’ drive.

One of the most prestigious educational institutions in the city can be found at St John’s Wood – The American School in London. With an internationally acclaimed reputation and an ‘outstanding’ grade from Ofsted, it teaches an American-style education to children from ages four to 18.

Other prominent independent schools in the area include St John’s Wood Pre-Prep school, for those from ages three to seven, and Abercorn School for those from nursery age right through to age 13. Boys can attend the single-sex Arnold House, while Saint Christina’s independent Catholic school is a popular choice for girls.

There are a number of very good primary and secondary schools close by, including the Quintin Kynaston Community Academy. The London Business School is also within striking distance.

The region to the north-west of central London was originally all part of the Great Middlesex Forest, an ancient wooded area that eventually became a royal forest by the decree of Henry I and Henry II in the 11th century.

It was later divided to make way for roads and agricultural regions, with the area containing present day St John’s Wood passing to an order of the Knights Hospitaller, a medieval Catholic military group. Known as the Order of St John of Jerusalem, it was this ownership that led to the region’s name.

The area wasn’t developed until the 19th century, but when it was, a low-density housing model was adopted, rather than the traditional terraced plan. This meant a focus on many more semi-detached villas and larger mansions with gardens as opposed to terraced housing, and led to a more spacious, highly desirable region known as London’s first suburb.

Things to do in St John’s Wood

As well as all the major London attractions, St John’s Wood has a number of its own sights to explore, places to visit, and community-led events to join in with. From local festivals to international galleries, be sure to check out:

How to get to St John’s Wood

In December 2017, London’s local estate agent, Anscombe & Ringland St. John’s Wood, excitedly announced that it would soon be known as Chancellors St. John’s Wood. The aim of the change was to unite all the brands of the Chancellors Group of Estate Agents under one brand. This enabled us to focus our resources and efforts on a single entity and maximise the support and exposure of all our services for the benefit of customers and clients.

If you previously enjoyed the service provided by Anscombe & Ringland St. John’s Wood, you can be assured that it’s only the name we have changed, and you will receive the same great service from Chancellors St. John’s Wood.

Chancellors original office in St John’s Wood opened back in 1826, before moving to Wellington Road and then to its current High Street location in 1986.

Our St John’s Wood team is on hand seven days a week – including late nights from Monday to Friday – to answer any questions on property values in London.

View more properties and flats for sale in St John’s Wood. If you’re interested in Landlord services, don’t hestitate to get in touch on 01344 408170

A stunning newly built three bedroom townhouse with a bespoke interior design, private entrance and garden. The property is set in a private gated development with 24 hour porterage and parking available to rent under separate negotiation

Ian was outstanding, great communications, honest appraisal and never gave up. Kept the buyer and...

Moving to London from overseas, finding a place and renting it is no easy feat. But Chancellors...

Trustworthy, honest, responsive and professional, that's Miles and my experience with him...

Developing trust on someone you've known takes time. Here is a situation where we were...

Great and easy to deal with

Great and easy to deal with! Thank you!

Especially Miles helped me so well.

Especially Miles helped me so well.

Beginning of a beautiful friendship

Chancellors have been great - as I thought they would be, having had a relationship with them for a...

The transaction was dealt with in a…

The transaction was dealt with in a professional and efficient manner. we were afforded access at...

Mr. Dean Whitley from this agency has excellent understanding of market and provide very useful...