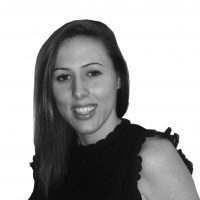 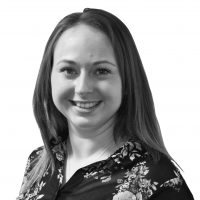 Best-known for its racing, royal glamour and distinguished residents, Ascot is in a league of its own. It’s surprising given the compact size, but that only adds to the character of Berkshire’s most exclusive town.

While many come for a day at the races, those fortunate enough to live here enjoy a relaxed lifestyle with all the modern luxuries. The town boasts a great selection of high street retailers nestled alongside fashionable eateries. The village shops of Sunningdale are only a short distance away, as are the historic sights and cultural attractions of Windsor.

Despite the easy commute to London, Ascot is far removed from the chaos of the capital. It’s an area renowned for wide-open spaces, most notably the impressive Windsor Great Park which stretches across 5,000 acres. A scenic mix of landscaped gardens, wild heath and lakes offer the perfect setting for a leisurely stroll.

Other active pursuits can be enjoyed at the many nearby golf courses and tennis clubs, not to mention the famous Guards Polo Club, which hosts the annual Cartier International Polo Day.

Finally, it’s the renowned local and nearby schools – many of which are judged outstanding – that provide reassurance for those relocating. It’s one more reason to join this community and share the many delights of Ascot.

Ascot is well served for those commuting to Reading in the west, or London in the east. Frequent services from Ascot station travel to Waterloo and Paddington, taking less than one hour.

Alternatively, residents can make use of the other nearby stations, Sunningdale and Virginia Water. Reaching London in 55 minutes, a train also stops at Clapham Junction for those wanting to continue on the Underground to Vauxhall and Victoria.

Travelling by car is just as convenient thanks to the nearby M3, M4 and M25. These motorways run towards Reading or central London, and Heathrow can be reached in under 20 minutes.

Primary and secondary schools in Ascot

Ascot is widely known for its top-performing private schools, but the options at state level are just as impressive. The most sought- after are Ascot Heath Infants and Cheapside CE at primary level, or Charters School for those aged 11 to 18. All of these have been judged ‘outstanding’ by government watchdog Ofsted.

For private education, the renowned prep schools Papplewick and Sunningdale also offer boarding facilities. At secondary level, establishments include St George’s – the former school of Princess Beatrice – as well The Marist Senior School and the co-educational Licensed Victuallers’ School. Providing education at sixth form, these top-performing schools often educate students who carry on to the nearby University of Reading and other esteemed universities across the country.

Although a history can be traced back to the Bronze Age, Ascot didn’t gain its reputation as a royal hangout until the early 18th century. It was during this time that Queen Anne would hunt in Windsor Forest, and later discover the open heathland situated five miles from Windsor Castle. It was considered an ideal place for “horses to gallop at full stretch” and so the legendary racecourse was born.

Out of this royal approval, development was to follow as Ascot became a sought-after location for London’s affluent. Picturesque neighbourhoods complete with Victorian cottages and period mansions only added to its exclusivity.

Following a recent £200 million redevelopment programme, Ascot Racecourse retains all of its former charm and keeps this rich heritage alive. An exciting calendar sees 26 days of racing, not to mention June’s Royal Meeting, where fashionable elegance meets tradition and pageantry.

Things to do in Ascot

Ascot has far more to offer than its famed racecourse. Whether it’s the outdoor attractions, sports clubs or vibrant High Street, residents enjoy a great mix of things to do and see. Here are some of the highlights in and around the area:

How to get to Ascot

Chancellors Estate Agents’ Ascot Branch is located in the county of Berkshire and offers a variety of wonderful properties to buy and let.

Additionally, our Ascot Branch covers the nearby areas of:

Where’s the Best Place to Live in Ascot?

Just 30 miles south-west of London, Ascot is home to the world-famous Ascot Racecourse and surrounded by English heathland and woodland. Its commuter links make it a desirable place to begin any property search, with the Capital just 50 minutes away by rail. Locally there’s a thriving high-street and a wealth of amenities, including outstanding schools.

Our staff are on hand six days a week (from Monday to Saturday) to answer your questions about buying, selling, and renting property in Ascot.

For more information on living in Ascot or Berkshire, including local facilities, schools and transport links, read our Berkshire area guide.

Set in a sought after location. This two bedroom apartment finished to a high standard with two underground car parking spaces and no onward chain

Whilst her colleague Emil who was previously looking after us and had started work on this potential...

Great service, Andrea has been clear and helpful through our rental process, and is always helpful,...

Great company, Andreea my agent is great at her job! She was excellent at showing me around the home...

Annabelle was absolutely amazing. It seems, she knew what I was looking for better than I did...

I found Annabelle to be professional

I found Annabelle to be professional, pleasant and polite at all times. She offered good solid...

Andreea was super patient with me! As this was my first time moving out to a place by myself I was...

Andreea has been such a pleasure to deal with! She’s managed our rental application with great...

We found our perfect family home thanks to Andreea and Chelsea. Both girls are very professional and...

Tom and Emily were excellent

The Chancellors personnel involved with achieving the sale did a fantastic job and were supportive...