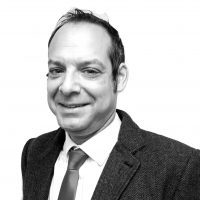 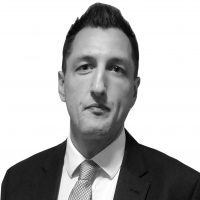 Few towns in Oxfordshire have grown as quickly as Carterton. Thanks to its proximity to RAF Brize Norton, this once-rural village has transformed into a vibrant town complete with all the modern necessities. New housing developments add to the appeal, but this growth hasn’t impacted on the surrounding countryside. Situated in the heart of the Thames Valley, the town’s residents are never too far from scenic expanses of Cotswold greenery.

The town is home to a range of amenities to serve the growing population. Independent shops in the centre sit alongside major retailers and restaurants. This shopping area is set to become even more impressive following planned development for additional retail outlets. Other local favourites include the weekly market – held every Thursday – and the town leisure centre, which boasts a huge range of sports and gym facilities.

Nestled amongst the Cotswolds Area of Outstanding Natural Beauty, Carterton’s picturesque setting attracts those relocating from the city. A 50-acre haven of woodland known as Kilkenny Lane Country Park is situated close to town and includes a children’s play area. Other active pursuits can be enjoyed at the many golf courses of the region, such as Burford.

The military presence continues to shape the local economy. The RAF is the leading employer, followed by the major businesses found at the nearby industrial parks. As such, Carterton welcomes a diverse population ranging from service personnel to young families and working professionals.

Carterton lies a short distance south of the A40, which connects to Oxford in the east and Cheltenham in the west. The town isn’t too far from both the M40 and M5 motorways, while the M4 is easily reached in approximately 30 minutes. Those working in Oxford enjoy a speedy commute, and London can be reached in 90 minutes.

Although Carterton is no longer home to a railway station, locals have the convenience of several options in the nearby villages. These include Shipton and Ascott-under-Wychwood, but Charlbury remains the most popular. It’s the closest station operating a fast service to London Paddington. This takes approximately 80 minutes, with other services connecting from here to Reading and Worcester.

Primary and secondary schools in Carterton

Carterton is home to no fewer than five primary schools. The most popular include St Joseph’s, Gateway Primary and Edith Morehouse. All of these act as a feeding school for the main secondary, Carterton Community College. After recently opening post-16 educational facilities, this school now caters for pupils studying GCSEs and A levels. It’s currently judged ‘good’ by government watchdog Ofsted, but is expected to gain outstanding status in the next few years.

Alternatively, students taking higher education can opt for Abingdon and Witney College. Within a short distance of Carterton, this college boasts a huge range of courses including apprenticeships, HNDs and adult learning.

Finally, the independent schools of Oxfordshire provide assurance for those educating privately. St Edward’s is one of the oldest schools in the UK and considered among the most sought-after. Pupils have the choice of both day and boarding facilities.

Carterton owes much of its vibrant history to the prosperous Cotswold wool trade of the medieval ages. A small settlement was situated on the main road to Southampton, which was one of the major transport links in the UK. Packhorses ferrying wool would travel over Radcot Bridge, making the journey to port, where the goods would be shipped across Europe.

This influential trade would later decline and Carterton remained a sleepy rural village for some time. Following the arrival of RAF Brize Norton in 1935, the area became a hotspot for military personnel. Development at the base in 1965 upgraded facilities and transformed RAF Brize Norton into the UK’s leading military transport hub.

The town’s major growth came in 2008, when 1,500 homes were built alongside a primary school and several shops. Catering to those in the services, as well as families relocating from Oxford and other nearby cities, Carterton became the second largest town in the region.

Things to do in Carterton

Whether it’s the local amenities or nearby attractions of Witney and the surrounding villages, Carterton boasts an exciting mix of things to do. Here are some of the highlights:

How to get to Carterton

Chancellors estate and lettings agents in Carterton is located on Black Bourton Road, right in the centre of town. First opened in 1982, the branch boasts an expert team who are available seven days a week to help buyers, sellers, landlords and tenants learn more about property prices in Carterton and the surrounding areas, including Bampton, Clanfield, Bradwell Village and Faringdon.

The wide range of sales and letting services available at our Carterton branch include free, no-obligation market appraisals, an extensive portfolio of residential and commercial properties, land and new homes, property management support, and expert investment and market advice.

Carterton is located in a semi-rural setting so as well as Carterton we also cover the villages of Faringdon, Alvescot, Clanfield, Black Bourton, Filkins, Lechlade, Kencot, Bampton and Bradwell Village. Carterton is also conveniently located for Oxford, Swindon, Cheltenham and Witney.

From start to finish with the sale of…

From start to finish with the sale of our house, Chancellors gave us nothing less than a superb...

I had some quite complicated 'needs'…

Alice Rench: I had some quite complicated 'needs' with regard to buying a house; my...

Steven was very professional, gave good advice and has a personable and friendly manner. Thank you...

We are a couple of first time buyers, trying to find a home to build our future. Alice R. Has been...

Pleasant , informative, can not find any faults. Thanks

Alice was a great help, prompt in replying,very personable and professional 👌 A great ambassador...

Chancellors have been amazing with helping me find a property that matches my needs. Alice is always...

Alice Super Cool Dude - has been amazing from the start…

Alice has been amazing from the start as I am not the easiest of customers!! Regardless of the fact...