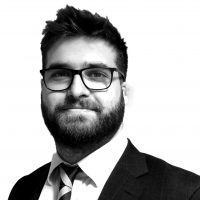 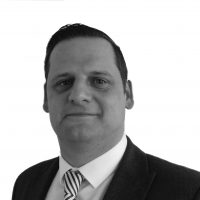 Nestled at the confluence of the Chilterns and the North Wessex Downs, two Areas of Outstanding Beauty, the town of Didcot earned its place on the map thanks to its key location on the Great Western Railway Line.

Those prominent rail links still draw both working professionals and young families to the South Oxfordshire town today, providing fantastic transportation to London Paddington and a number of other destinations in the region.

The town is also forging its way as a leader in scientific and technological developments, with three outstanding facilities close to the area: Milton Park, Harwell Science and Innovation Campus, and Culham Science Centre. Between them, they employ thousands of workers, hosting the Rutherford Appleton Laboratory, Diamond Light Source national synchrotron, European Space Agency, Culham Centre for Fusion Energy, and many more businesses.

As well as a prominent scientific future, Didcot offers plenty of opportunity to explore past developments in technology, most notably at the Didcot Railway Centre. Here visitors can learn all about the history of steam trains, ride on working engines, and find out why Didcot became an important rail destination.

Full of history and heritage, it’s hardly surprising the town was chosen as an area for major growth in Oxfordshire. Recent years have seen the construction of new housing developments like Ladygrove Park and Great Western Park, as well as the investment into a thoroughly modern town centre that includes the Orchard Shopping Centre and Cornerstone Arts Centre for eating, entertainment and retail therapy.

With outstanding rail, bus and road connections, multiple leisure centres, an abundance of local parks and great housing opportunities, Didcot is an ideal place for young families. One of its estates was even given the accolade of having the highest life expectancy in England!

Didcot’s growth as a town is in large part down to its location on both a historic arterial road route into London and as a major junction on the national rail network. Midway between Oxford (10 miles to the north) and Newbury (15 miles to the south) on the A34, there’s easy access to the motorway network via the M4 and M40.

Young professionals are attracted to the area thanks to its rail connections. Sitting at a junction between Bristol, Oxford and London, train services are quick and frequent into London Paddington, with an average journey time of just 40 minutes. Swansea, Cheltenham Spa and Weston-super-Mare all have direct services from Didcot.

Primary and secondary schools in Didcot

Six excellent primary schools serve Didcot and its surrounding areas, ensuring there is an excellent choice for families with children under 11 moving to the area. These include All Saints C of E, Ladygrove Park and Manor Park, while a brand new GEMS Primary School Academy is ready for the 2016/17 academic year.

Two well-regarded secondary schools serve the area: St Birinus for boys and Didcot Girls’ School, with the two joining together for sixth-form. UTC Oxfordshire opened in 2015, providing a technical college option for children aged between 14 and 18.

Didcot has a long and varied history as a settlement, with a number of archaeological finds tracing its past as far back as the Neolithic and Bronze ages. One of the most outstanding discoveries in the region was a large selection of gold Roman coins from over 1,000 years ago.

Despite its age, Didcot remained a small rural settlement for a large part of the last millennium, absent by name from the Domesday Book and dwarfed by surrounding villages that are now much smaller.

The oldest surviving building in the town – White Cottage – is a grade II-listed house with a roof made from wood shingles. It dates from the early 16th century, at a time when the village was responsible for three turnpikes (or toll gates) on the road to London.

The town grew exponentially with the arrival of Isambard Kingdom Brunel’s Great Western Railway in 1839, with a station constructed in 1844. It served as an important junction between London, Oxford, Bristol and Southampton, and remains a central part of the rail network today. However, the Didcot, Newbury and Southampton railway line has long since closed, disappearing beneath more modern constructions.

Things to do in Didcot

Whether you’re a family looking for an exciting day out, an avid history buff exploring the past, or someone with a keen interest in science, Didcot and the surrounding area has plenty of interesting attractions and places to see, including:

How to get to Didcot

Why use Chancellors Estate Agents Didcot?

Estate Agents Didcot Chancellors are an estate and lettings agent has been long established in this South Oxfordshire region, with the Didcot branch first opening in 1982. Located on the main street of the town, at the junction of Broadway and Haydon Road, our sales and lettings office is the ideal place for buyers, renters, sellers and landlords to find out about house prices in Didcot.

All our staff have outstanding knowledge of this highly desirable region, with many of them born and raised right here in Didcot. They’ll be able to point out the Cornerstone Arts Centre just around the corner where residents can enjoy a cultural evening, or the Orchard Shopping Centre that is perfect for a bit of retail therapy.

For anyone seeking information about buying, selling, letting or renting property, our Estate Agents Didcot office is open seven days a week, including late night openings from Monday to Friday.

As well as Didcot and its various housing developments, we cover the surrounding villages:

A one bedroom retirement bungalow situated in the village of Blewbury, offered with views over communal grounds to the rear and no onward chain

An impressive two bedroom property presented to a very high standard featuring an impressive kitchen-dining room. The property is within walking distance of the train station and even comes with a garage

Bryony H was my main contact - I found her to be friendly, thorough and very helpful. Would...

So far So good

So far - so good! Only just signed up for possible properties so early days. However, I was...

I never actually took a contract for a…

I never actually took a contract for a house (my job offer was less than stella, so the move fell...

Bryony was really helpful in providing information and taking my details was a smooth process with...

Chancellors have been amazing…

Chancellors have been amazing throughout my property sale. despite numerous issues and set backs,...

Bryony Hallum provided a very professional level of service. She was on time, well dressed, polite...

My experience with chancellors has been…efficient, professional and friendly

My experience with Chancellors has been very positive. Bryony has communicated with me every step...