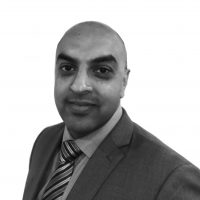 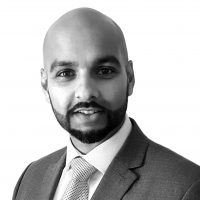 Slough is a thriving commercial and cultural hub in the South East of England with excellent transport connections to London, Heathrow, and the rest of the country via the M4 Corridor.

Its close proximity to the capital is desirable for those looking to commute to London, however with many world-leading brands residing within Slough Trading Estate, such as Mars Confectionary, Centrica PLC, O2 and Ferrari, there is a greater tendency for people to travel into Slough.

The energetic town centre has ample parking and exemplary public transport services to surrounding areas, as well as a variety of shops, restaurants and leisure facilities.

Outside the town there are magnificent parks and open spaces to explore, with many famous landmarks within reaching distance such as Windsor Castle, Hampton Court Palace, Ascot Racecourse and the many tourist attractions of London.

With a fantastic location, great schools, rich history, first class industry and business infrastructure, and a huge redevelopment on the horizon, there has never been a better time to consider moving to Slough.

Situated between the M4, M40 and M25 motorways, Slough has easy and convenient access to Heathrow Airport and a fast train link to London.

It is 10 kilometres away from Heathrow Airport and takes less than 20 minutes on the train to get to Paddington station, whilst there are many similarly quick trains that cover the rest of London. Slough is also on the accessible M4 corridor, making road links exceptionally good with the rest of county.

Town Centre and the Heart of Slough Project

The town centre offers a diverse and eclectic mix of things to do, from dining in one of its many exquisite restaurants to ice skating in an arena where Torvill and Dean once trained.

Slough town centre is the subject of an ongoing multimillion-pound regeneration project that will provide a wealth of new amenities and facilities. The scheme is expected to create thousands of jobs for the town.

The “Heart of Slough” project, responsible for the redevelopment of the town, has seen old buildings replaced with new, environmentally sustainable, multi-functional complexes such as The Curve – a learning and cultural centre in the town centre that comprises a library, café, museum and performance space.

Primary and secondary schools in Slough

Slough has a selection of fantastic nurseries, primary, secondary and grammar schools, including the highly regarded Castleview School, as well as Baylis Court School and St Bernard’s Catholic Grammar School.

At GCSE level, schools in Slough consistently rank among the best performers in the UK with, 68.1% of pupils leaving with 5 A*- C grades (inclusive of English and maths) in 2011, far surpassing the national average.

Slough has a rich and fascinating history, developing over the last century into an economic powerhouse and the most ethnically diverse region in the UK outside of the capital.

With 96 listed buildings, Slough’s cultural heritage reaches from the 900-year-old St Laurence’s Church in Upton, to St Mary’s Church in Langley which was built in the late 11th or 12th century. It is also home to many decadent country houses.

The town’s original purpose was to provide coaches travelling between London and Bath with a stopping-off point, remaining this way until the advent of the modern railway infrastructure in the 1800s. It quickly flourished and expanded due to its location and transportation links.

In 1920 the Slough Trading Estate was established, becoming one of the first business parks in the UK. It is now the largest in Europe with almost 500 acres of commercial property.

Things to do in Slough

Slough has so much to offer from tranquil open spaces to an abundance of leisure and entertainment facilities, including:

How to get to Slough

Chancellors Slough office opened in 2015 and is located directly on the town’s busy High Street, ideally positioned for buyers, sellers, landlords and tenants to drop by and take advantage of the in-depth local knowledge and expertise of our 10-strong team.

Our proactive and professional agents are on hand to help answer any questions and deal with all of your property needs six days a week, with our branch open late evenings and at the weekend.

Our wide range of sales and letting services in Slough include free, no-obligation market appraisals, an extensive portfolio of residential and commercial properties, land and new homes, property management support, and expert investment and market advice.

View more properties and flats for sale in Slough. Or if you’re looking to rent, view all of the properties to let in Slough.
If you’re interested in Landlord services, don’t hestitate to get in touch on 01344 408140

An ideal opportunity to purchase a portfolio of three two bedroom maisonettes, currently achieving £3,200 per month. Benefits from parking

Very pilot on phone and good response to answering phone. Asked questions but not too many to annoy!...

Sonia was very professional and polite

Sonia was very professional and polite, and the viewing was carried out with no rush and she was...

Great support provided by Maya from…

Great support provided by Maya from Chancellor team while finalizing the property. Chancellor is...

I approached chancellors for a property…

I approached chancellors for a property I had interest in for a while and went for a viewing where a...

Hi, I thought Sonia was very helpful and Kind. She understood what I was looking for and I’m...

Michelle was wonderful and very…

Michelle was wonderful and very profesional from the very beginning! Thank you! You sere so Nice to...

Last week the agent called michelle, showed us a property, the house was showed to my satisfaction,...