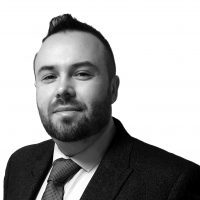 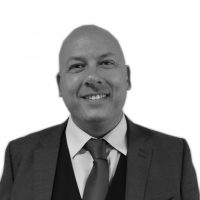 The historic market town of Wokingham sits in the heart of Berkshire, only 33 miles from central London and a short distance south-east of Reading. It’s an area full of character, where historic architecture is met with scenic woodlands and picturesque villages. Coupled with the excellent transport links and local attractions, Wokingham is highly sought-after amongst families and those commuting to the capital.

For such an impressive town, the community atmosphere is more akin to a small village. This is partly thanks to the several general markets which take place throughout the week, as well as the independent businesses which showcase local produce on the High Street. The town is still home to all the major retailers, while entertainment and sports complexes could rival those of a large city.

St Crispin’s Leisure Centre is a haven for active individuals, not to mention the nearby golf courses and cricket clubs. Other local favourites include an indoor ski slope, bowling alley and the Nirvana Spa, which promises a blissful day of pampering.

Despite the proximity to London, there is no shortage of wide open spaces for lovers of the outdoors. This includes a selection of country parks, offering the chance to admire wildlife or enjoy a summer picnic. Villages are dotted amidst this countryside, which gives a quintessential British experience, complete with thatched cottages and quaint pubs.

Wokingham is popular as a commuting destination for those travelling to both London and the many large industries located on the ‘silicon corridor’ of the M4. This motorway is easily reached, while the M3 is only a short distance south of the town. Thanks to these major transport links, Wokingham is only 55 minutes away from London via car, and 26 minutes to Heathrow International Airport.

The local train station is just as convenient for a speedy commute. Trains depart along the Waterloo to Reading line, reaching the capital in 50 minutes and Reading in 21 minutes. Frequent services also travel direct to Gatwick Airport, which is reached in approximately 79 minutes.

Primary and secondary schools in Wokingham

Parents have an exceptional choice of schools in Wokingham. Many of the local primaries have been judged ‘outstanding’ by government watchdog Ofsted. These include The Hawthorns Primary School, Evendons and St Paul’s, but there are at least six others to choose from.

Emmbrook and St Crispin’s are the town’s secondary schools, catering to both girls and boys aged 11 to 18. Both have been judged ‘good’ and boast impressive achievements at GCSE and A level. Alternatively, The Holt School for girls has been rated ‘outstanding’, while many opt for the Forest School for boys in neighbouring Winnersh.

Finally, the private establishments are considered among the best in the country. These include Ludgrove School, an independent preparatory home to former pupils such as princes William and Harry.

Much of Wokingham’s appeal lies in the historical architecture and period properties. While many of these date back to Victorian and Georgian times, the town actually boasts a history stretching back to the Anglo-Saxon era. Little is known of this period, and Wokingham – or ‘Wocca’ as it was then known – would remain a humble settlement until a market charter was awarded in 1219. Around this time, the Bishop of Salisbury commissioned several housing developments and set out the first roads.

Growth was to continue after the onset of the Tudor period, when the town became a well-known producer of silk. It would later decline following the Civil War, after which Wokingham gained an unsavoury reputation. Cock-fighting was popular in the town, as well as female wrestling and the cruel practice of bull baiting.

Thankfully, those distasteful traditions have since been abolished and the town is better-known for its family friendly amenities. After the arrival of the railway in 1849, Wokingham has grown into one of the most desirable towns in Berkshire.

Things to do in Wokingham

Few towns in the south boast such a wide array of local amenities. As such, it’s no surprise that Wokingham has been voted among the best places in the UK to raise a family. From sports clubs and country parks to luxury spas and an indoor ski slope, here are some of the highlights:

How to get to Wokingham

The Retreat Hair and Beauty

Opened in early 2016, our Wokingham branch is one of our newest estate and letting agents. Situated in the heart of the town centre on Broad Street, it is just a ten-minute walk from Wokingham train station and local landmarks such as the historic Town Hall.

Its proximity to Wokingham’s busiest shopping streets means it is ideally placed for buyers, sellers, landlords and tenants alike to stop by and find out more about local house prices.

The wide range of sales and letting services available at our Wokingham branch include free, no-obligation market appraisals, an extensive portfolio of residential and commercial properties, property management support, and expert investment and market advice.

View more properties and flats for sale in Wokingham. Or if you’re looking to rent, view all of the properties to let in Wokingham.
If you’re interested in Landlord services, don’t hestitate to get in touch on 01344 408140

This two bedroom static of 28ft x 10ft is located in a Park Home within Winnersh. Parking for two cars and no age or pet restrictions

A charming newly built top floor two bedroom luxury apartment which benefits from covered car port parking and boarded loft storage space. The modern fitted kitchen is stripped with LED lighting whilst also having the advantage of being South facing

Good communication and understanding of…

Overtime to cater to us!

Sally was fantastic yesterday. Really informative and couldn’t do enough to help us. She even...

Sally is a very nice and responsive…

Sally is a very nice and responsive person. She replied my every call quickly with the answers I...

Sally showed me around a property and…

Sally showed me around a property and was very good. She was knowledgeable about the property and...

Sally has been so professional with me

Sally has been so professional with me. She is very kind and always was available to help in the...

Sally was really friendly and helpful at our viewing. She showed up promptly, was really...

Sally Armstrong - Best estate agent I have worked with.

My partner and I worked with Sally over a number of weeks in the hunt for rental accomodation. -A...

Portia was very friendly and helpful.

Portia was very friendly and helpful.